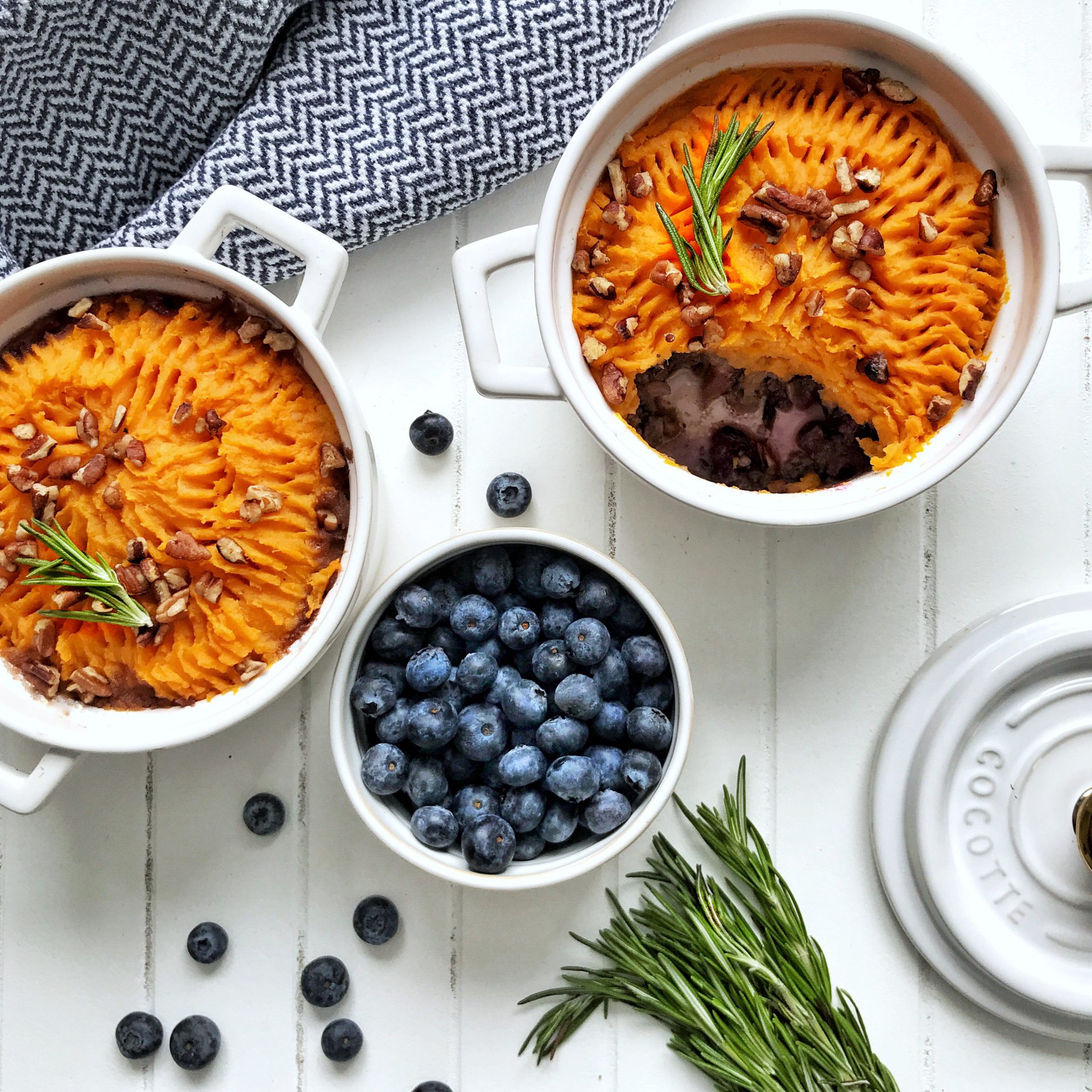 A sweeter twist on the classic Shepherd’s or Cottage Pie, this recipe combines Pete’s Housemade Maple Blueberry Sausage and their Double Smoked Bacon, topped with a sweet potato crust and a sprinkling of pecans. Perfect for breakfast or dinner!

Salt and pepper to taste

In a pot with salted water, add both potatoes and bring to a boil. Continue to boil over medium heat until fork tender. Drain, mash and allow to cool slightly, beat in egg and season to taste. Set aside.

Salt and pepper to taste

In a skillet, over medium heat, sauté sausage, breaking up as you stir, until browned. Drain and set aside. In the same skillet over medium heat, cook bacon until brown. Using a slotted spoon, remove from pan but retain bacon fat. In the bacon fat, sauté onion and garlic over medium low, stirring often until softened, season with salt and pepper. Add blueberries and apple and sauté for one minute. Add sausage and bacon back to pan. Stir in mustard. Add flour and cook, stirring 1-2 minutes until beginning to brown. Slowly stir in apple cider and allow to thicken. Remove from heat and slowly add in egg. Sprinkle with rosemary and season with salt, pepper and a touch of cinnamon if desired.

Preheat oven to 400°f. Place filling in medium sized casserole dish, top with mashed potatoes, fluffing with fork to create texture. Bake for 20-30 minutes until golden and topping has crisped slightly. Remove from oven and sprinkle with pecans. Enjoy!

*Note: Pete’s Housemade Maple Blueberry Sausage is available in our Bedford location only. 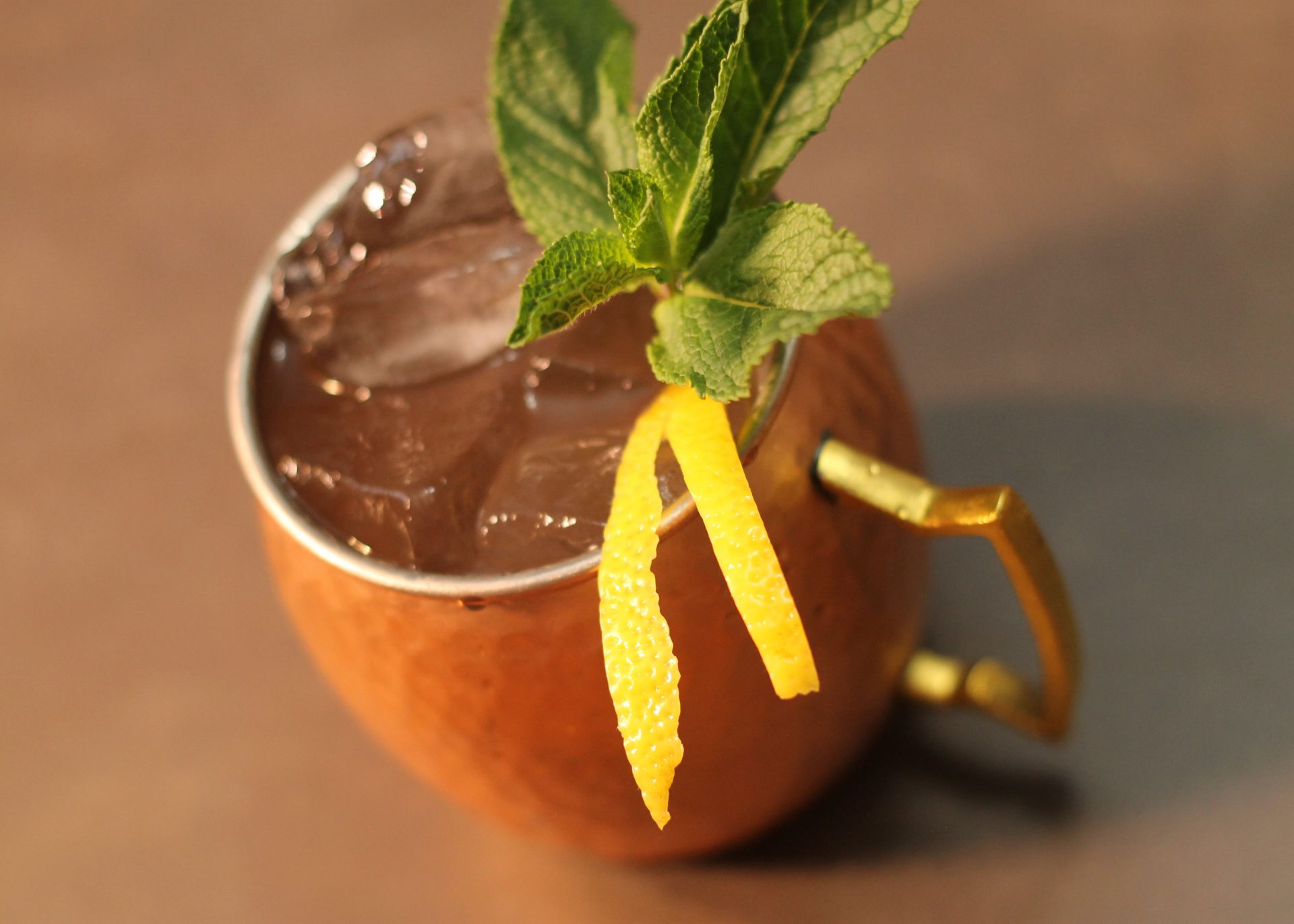 This mocktail/cocktail recipe is easy and to make with the zingy and refreshing flavours of ginger beer and lime. The… 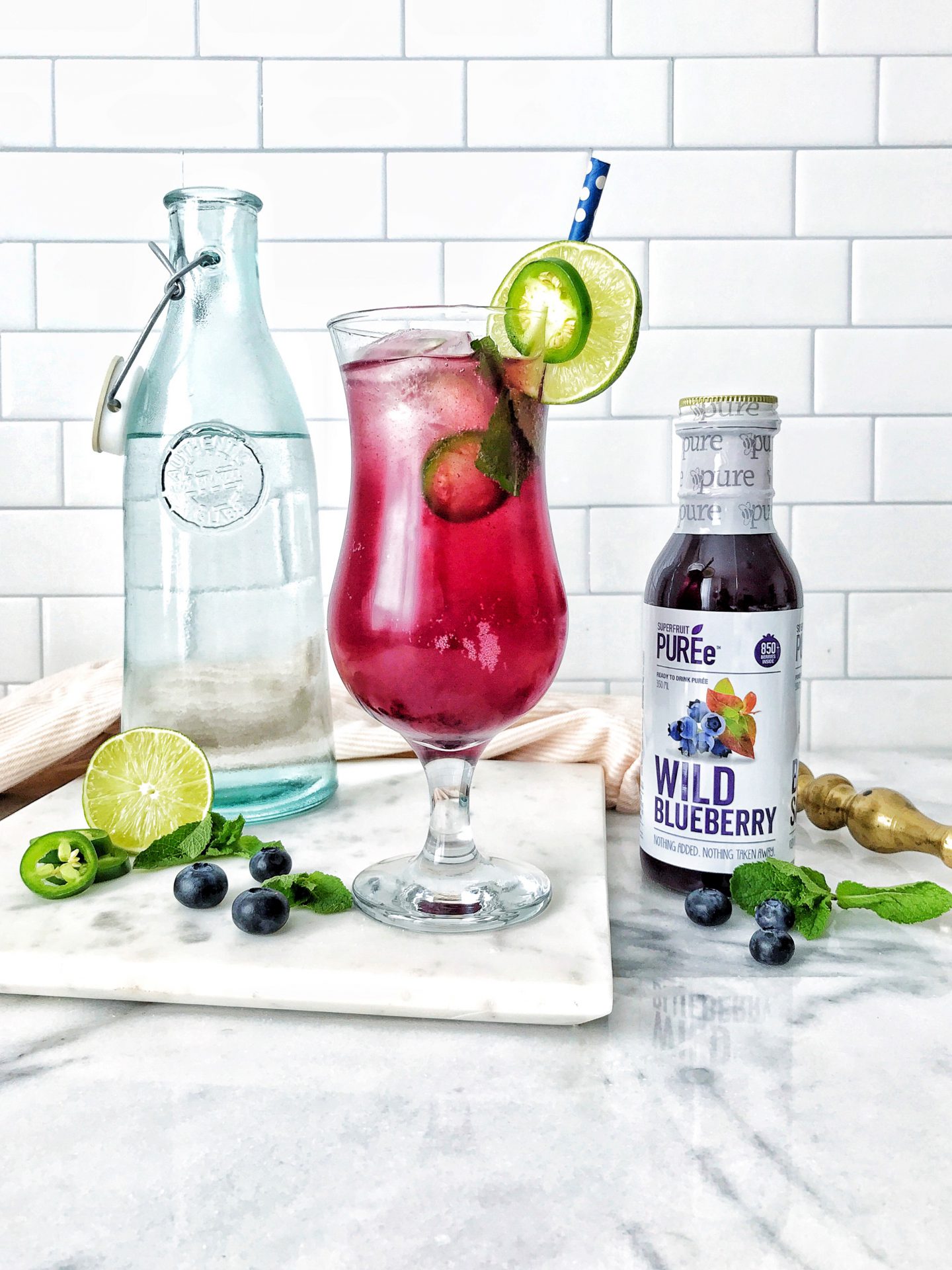 This mocktail version of a mojito has a kick of spice from jalapeno, all the blueberry flavour you love, a…