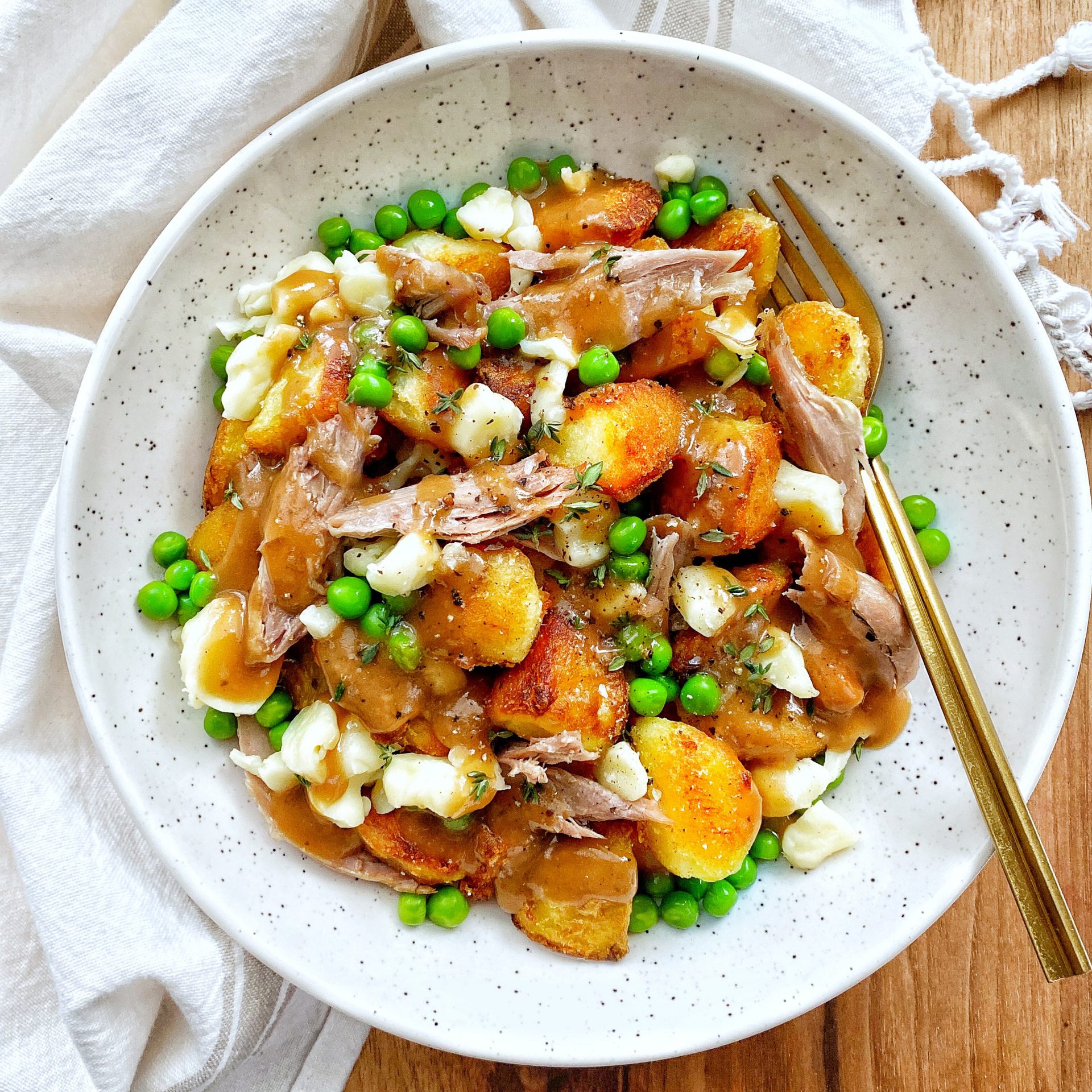 It doesn’t get more delicious than this dish! Potatoes fried in duck fat, shredded duck confit, cheese curds, peas and a sweet onion gravy. The duck we use comes already cooked confit, and the rest of the steps are really easy to master, so don’t let this sophisticated British spin on a Canadian classic intimidate you!

For the Duck Leg:

Heat as instructed on packaging, in cast iron skillet. Remove from oven, remove legs from skillet, leaving fat in pan for potatoes. Once duck has cooled slightly, shred and remove from bone. Set aside.

Preheat oven to 450’F. Place potatoes in cold, salted water and bring to a boil. Boil until JUST barely fork tender. Drain in to a mesh strainer and shake to create shaggy edges. Season generously with salt and allow to sit for 5 minutes to dry. Using the cast iron skillet used to cook duck legs, add the duck fat and place in the oven for 5-10 minutes until shimmering and hot. Being very careful, remove from oven, add potatoes, cut side down, one at a time. Place back in oven and cook for 20 minutes, remove skillet and flip potatoes. Cook for an additional 15-25 minutes until potatoes are crispy and golden on the outside, and light and fluffy in the interior.

For the Sweet Onion Gravy:

Divide duck fat potatoes amongst two bowls. Top with 1/4 cup cheese curds for each plate. Divide and top with peas, gravy, and garnish with thyme. Season with salt and pepper. Serve immediately. 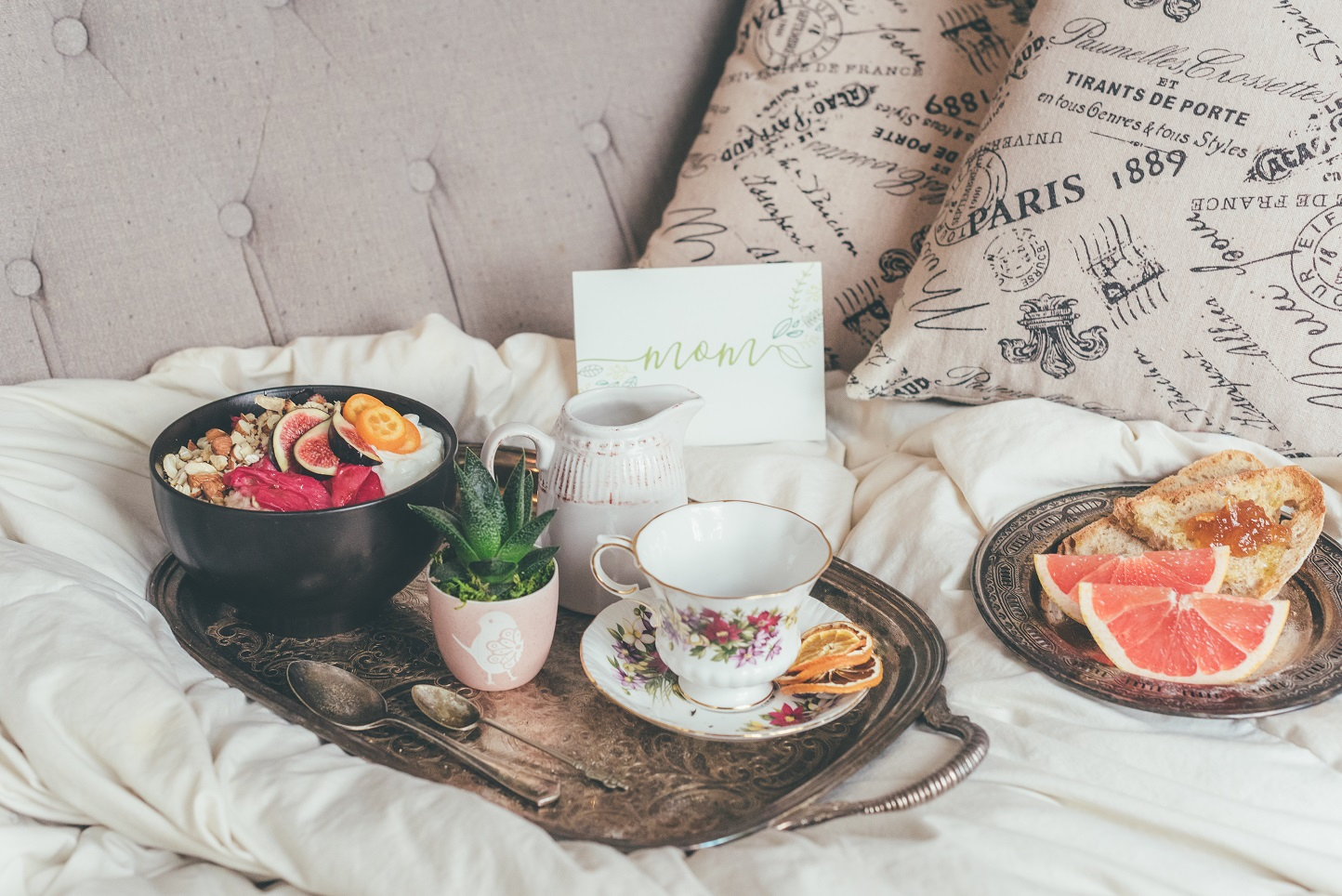 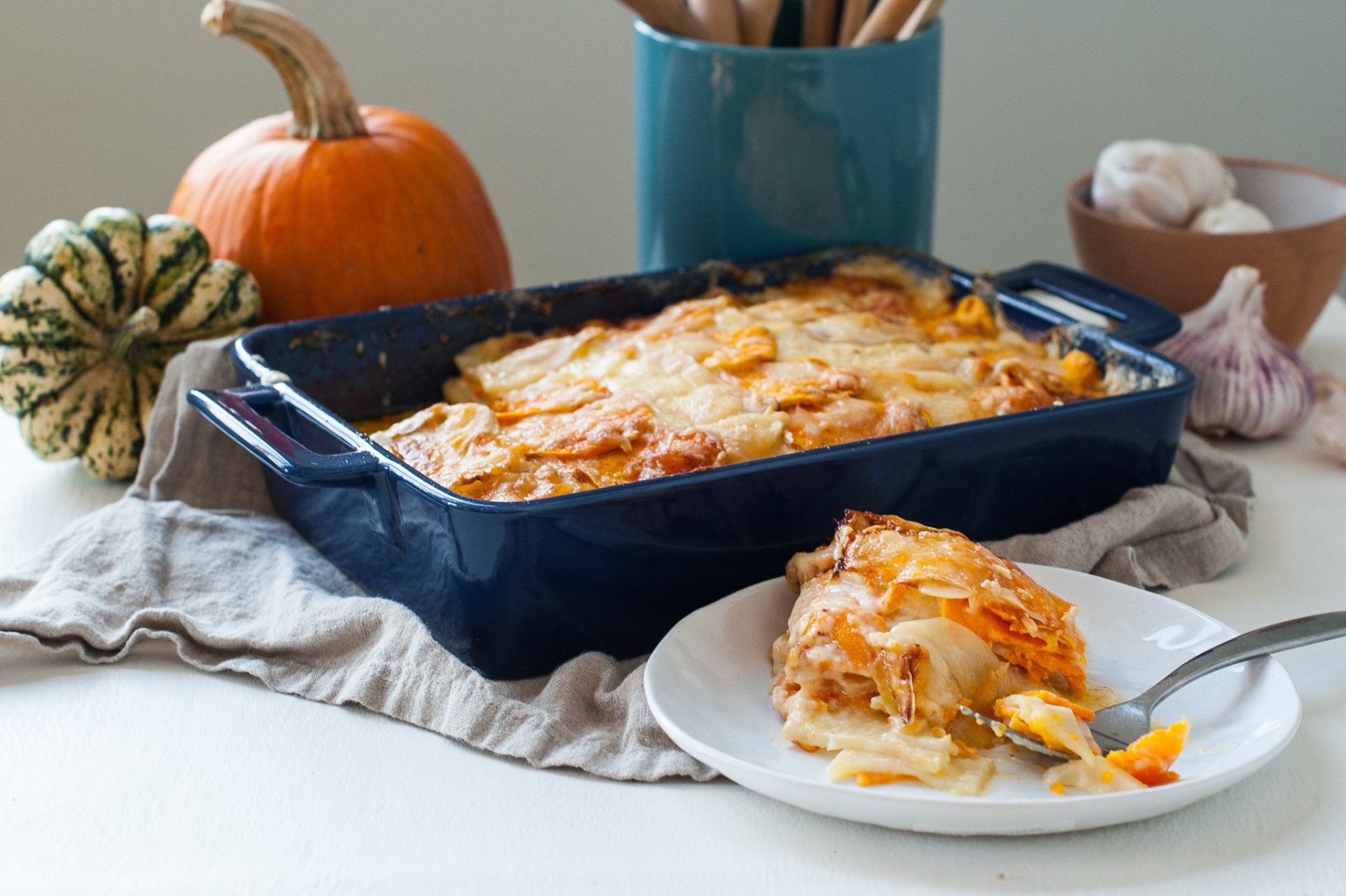